Learn how to use alternating picking to develop better speed in your playing with this guitar lesson based on a Joe Bonamassa style lick, including tablature.

Before You Download The Tab: I’m helping you learn these licks/solos/songs and lessons, and now I am asking you to please help me with a small PayPal donation, buy “Little Martha” from iTunes or stream my song Maxstrumental 6C for free using Apple Music, Spotify or rdio.com, or watch my video titled “Caroline’s Kaleidoscope Chill” below. Please also add the songs to playlist. Thank you!

And please watch Caroline’s Kaleidoscope Chill here – 3 minutes and 21 seconds of your time viewing will help me tremendously!

Thank you for your support!
Rick

Think Outside The pentatonic Box t-shirt by LegendaryLicks
Make a custom t shirt at zazzle.com

Learn how to play the slide-guitar solo from ZZ TOP’s Tush with lick-by-lick demo and guitar tablature.

Please check it out at AffordaBuds.com

Link to the AffordaBud earbuds.

This is his first professional design and I am very proud of him and would appreciate your support of his efforts there…he’s one of company founders! Congratulations Harlon! 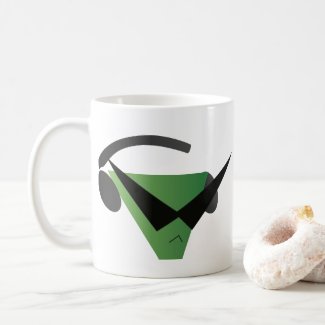 I started learning to play guitar in the late 60’s while listening to Hendrix on an AM radio with a single mono ear bud.

But long before that, I was (or thought I was) Roy Rogers, the Singing Cowboy! I couldn’t imagine a better fate than to ride around on Trigger, with my dog and companion Bullet along-side, singing songs, catching the bad guys, saving everyone who was in need, and being loved by all.

My first guitar had been previously abandoned by some young adult living next door to our house, and apparently someone had put their foot through it. Eagerly, I hustled up to the front door, knocked, and asked if he minded my (in true Roy Rogers fashion) rescuing the guitar that had been obviously and mistakenly left on the ground back by his garage…

The prize was mine. Couldn’t believe my good fortune having been the first to notice it back by the trash.

My second guitar was a creation of my own mind and hands. My father brought a peach-crate home from the grocery store he managed at the time, and I quickly disassembled it, as would any ten-year-old, and reassembled the pieces into a version of a guitar upon which I stretched three, looped rubber bands.

My rubber band guitar had not been crushed, and now had strings that I could change with reckless abandon, in the fashion I imagined done by wealthy rock-stars, who cared nothing about the cost of a new set of strings.

It was that rubber-band guitar I first used to play along with not only the Beatles, but Clapton and Hendrix. No longer a singing cowboy, I was now a full-fledged rock-star.

The secret to a career as a sideman for the biggest stars, is to turn the record-player up sufficiently loud that while you flail away on your guitar, you can tell you have the rhythm down pat because it feels right, but you cannot hear your guitar. It was amazing. No doubt I was a ten-year-old virtuoso.

That was working wonderfully, until a friend wanted to listen to me jam, and while jamming, turned down the record player.

Rock was meant to be played loud, and because of that simple fact, it was several years before I realized I could not play guitar. Not a single verse, chorus, refrain…not even a chord, certainly not an entire song. What a drag. My career was dying before my eyes.

After my shame subsided, I convinced my parents of six-children, to buy a guitar for their eldest son.

That year for Christmas, I received my first, in-tact, real guitar…a nylon string classical. You know the kind. The type of guitar that no budding rock-star, anywhere, ever asked for.

It was two years before I learned how to tune my guitar, but in the mean time, I practiced doing single string melodies.

I didn’t know another guitar player near my age until high-school, by which time I had taught myself how to finger-pick (guitar and banjo) and flat-pick a few songs by ear. I would just keep moving the needle on the record player back and forth until I figured out what I thought they were doing.

My family recounts to this day, their enjoyment in hearing me play the same melodious guitar licks, repetitively, non-stop, for days/weeks/months depending on who tells the story of my glory.

(a few of my lost but not forgotten loves)

Sadly, I don’t have a single photo of me with my first guitars, but I do know the whereabouts of my first electric – my son has it, and it sits about forty-feet from me as I key in this post.

Here’s my favorite embarrassing shot of me [playing banjo while wearing a bullfighter’s hat. …don’t ask, I don’t have a good answer why…I was a teen in the 70’s, that’s why?!?

Although life has a habit of derailing many dreams, I never lost my love affair with guitars.

I love their curves, the scent of unfinished wood from the interior of an acoustic, the feel of the neck as one moves from caressing it to conquering it over the decades, the wonderful and rich harmonics they murmur or shout that occasionally surprise me to this day.

Every guitar, including inexpensive models that many might ignore, have at least one song that is waiting to be coaxed out of it. One song that only that guitar could have inspired its lover to find.

I never stopped playing. While building a world-wide semiconductor company, flying over 200K miles per year for business, I continued to find new and lovely pieces of playable art and to play.

A few years ago, I had a couple of strokes (could no longer play) and was told I’d to expect to live perhaps up to three months.

I won’t bother you with details. Yes, I Survived, but my memory was shot and my left hand wouldn’t cooperate, so I had to re-learn how to play. Started practicing in earnest in December of 2011, and recorded my progress. Eventually, I started uploading them recordings to YouTube figuring that the videos of my re-learning favorite licks/solos and songs might be useful to some who were also learning.

So now I have the GuitarLicksAndTabs YouTube channel and post the guitar tablature that I write for each here on my blog.

Because some find the videos and tab to be of use, I now have played guitar (even if poorly, or only a lick or solo) in front of over 225,000 people on YouTube, and have over 600 YouTube guitarists following me for my monthly lessons.

Funny that this was not the vision I had of being famous for playing guitar, and although not actually famous, who would have thought after my strokes and disability that I’d be only weeks away from a quarter-million people having seen me play?

My passion for guitar only grows, and the dream never dies, it evolves and matures.